Popular event could return next year after flood of positive feedback

Nelson Food and Drink Festival could be “back by popular demand” next year following the success of last month’s town centre event.

An estimated 8,000-plus people flocked to the festival on Saturday September 19th, soaking up the late summer sunshine and experiencing all the flavours of the vibrant and fun-packed festival. Now plans are in hand to repeat the festival next year, after a flood of positive feedback from visitors, traders and townsfolk alike.

One of the event’s biggest fans was Pendle’s Mayor, Coun. Nawaz Ahmed, who officially opened the festival and, accompanied by his wife and daughter, spent the whole day there, mixing with the crowds, enjoying the entertainment and talking to stallholders.

“I was really pleased to see the town so busy – at one point there were so many people in the food market I could hardly move,” said the Mayor, speaking after the festival.

“This was a very different kind of event for Nelson and it really brought the whole community together. I hope to see more events like this in the future.”

Now a video of the Mayor talking about the food festival has been added to the event’s website (www.nelsonfoodfestival.co.uk) together with a gallery of images from the day. Also interviewed on camera was the festival’s guest chef Richard Fox, who performed and hosted a series of live cookery demonstrations in a professional ‘cookery theatre’ set up next to The Shuttle monument.

Summing up the day on film, Richard said: “Fabulous guests, wonderful atmosphere, I’ve just had a great day. Can’t wait to come back!”

A key attraction was a Worldwide Food Market, with more than 30 stalls set up along Market Street and doing good business all day. One cupcake stall has sold all its stock by 2pm while others were still busy as the festival drew to a close at 4pm.

Other attractions included a stunning bhangra dance display, free face painting and henna art, a children’s cake decorating competition, street entertainers and a talk on eliminating food waste by local chef and food activist Gill Watson. People could also travel to the festival for free from as far away as Barnoldswick and Burnley aboard a classic 1960s double decker bus.

There was more positive feedback from the “Nelson Now and Then” group on social networking site Facebook. Comments there included: “We went and thought it was fab – brilliant to see Nelson full and noisy again”; “Lots of goodies to enjoy, great atmosphere”; “If it was a regular event it could get even better”; and “Went in the afternoon, still loads of people, great atmosphere, let’s have another one!”

The festival was organised by Burnley-based Scott Dawson Advertising as part of a commission from Nelson Town Team – the local town centre traders’ group administered by Pendle Borough Council. In a post-event survey of town centre traders, 97% said they would like to see the festival repeated.

Paul Collins, regeneration officer at the council, commented: “The team at Scott Dawson were passionate and enthusiastic about the event and Nelson, and went above and beyond what was asked of them to organise a fantastic event for the community and visitors alike. Their attention to detail was second to none, with lots of hard work and endeavour culminating in a fantastic event, which attracted thousands of visitors into Nelson.”

The festival was the climax of a four-month campaign to promote Nelson and its array of shops and businesses. More than 20 have been showcased in short promotional videos which can be viewed via the food festival website or by searching “Nelson Shops & Events” on YouTube. There is also a dedicated Facebook page at www.facebook.com/nelsonshops

“I’m a Nelson girl myself so I know how much the town has to offer – it’s just about getting the message out there. The Food Festival was a really good day and we’ve had great feedback from everyone who was involved, so I’m really hoping we can do it all again next year and make it even bigger and better.” 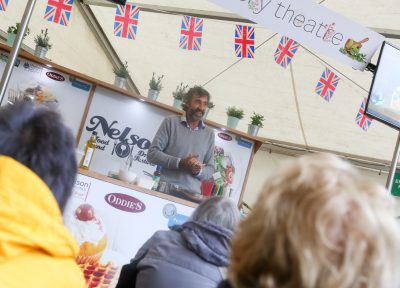 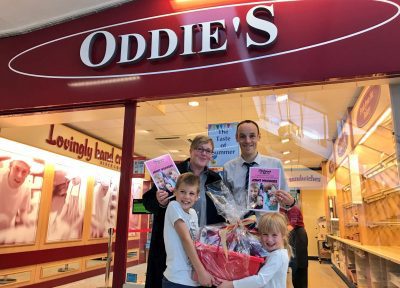 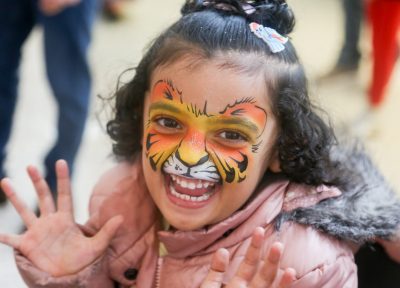